On growth in India...

Yesterday evening, I went out to the local "dhaba" in the neighbourhood for dinner. Incidentally, while I was still eating, a father and two children arrived on the same table as mine. The father was wearing a shirt on which PepsiCo was embroiderd and was clearly visible.

They ordered two items - half plate each - and one "Naan". Seeing three people (father and two kids) ordering only one Naan, the waiter even asked, "only one ?", but the father was sure.. "Yeah, one for the moment".

I already had started thinking. From the appearances (and I agree that they can be very very deceptive), they looked like people not doing great financially. From the look, gestures, and other behavioural traits that I could monitor, I felt that the kids had been asking for going out to eat for a while and today was the chosen day that father agreed to take them out. Most probably the mother was home and did not come along to save some.

Of course this theory can be wrong, very wrong in-deed. But, if its true, to me it represents precisely the way I see the growth of Indian economy. Its growing, but not universally, as in everybody is growing. Only a select few are growing, and rest are almost where they were. Thus, widening the gap that was there a few years ago between sections of Indian society.

Or perhaps everyone is growing, at different paces. Some are outpacing the inflation and therefore are visibly financially well off, others who are growing, but perhaps not as much as the world around them are growing, therefore lagging behind the society around them, even though they are doing better than they were doing earlier.

This little family that I saw, fits into the mould nearly perfectly. The father was working with PepsiCo.. a MNC from all parameters, represents a bit of growth in itself. I would presume, better working conditions, perhaps a better salary as well. The kids were wearing relatively flashy clothing, which by my personal viewpoint, was not the quality concious choice, but a trend based choice. So, yes they are doing better than a few years, but not as good as the system/society around them demands to be.

Then, I was reading an article in mint (http://www.livemint.com financial daily of The Hindustan Times) by Niranjan Rajadhyaksha entitled "Poor arent lifeless bricks". In there, writer referred to a research done by some social scientists around the financial planning done by the poor people to get through life in such costly world.

One of the inferences of the study was that most of the people fell into poverty due to medical costs or social reasons like family breakup etc. These reasons are really very real, as in real life situations that happen all the time around us. Something similar was found in an study taken up in US a well. I have come across really few articles/studies coming back with reasons as real as this one.

I guess, its time for Dr Manmohan Singh's new government to do something about the "inclusive growth" they talked about... 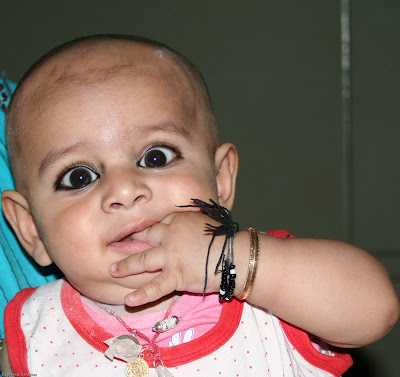 Posted by Raghav at 8:18 PM No comments: